Many taxpayers believe that if they can’t pay the debt from their unfiled tax returns, it will excuse them from filing a return. This mistake can lead to costly penalties if the IRS finds out that they have not filed tax returns or are late filing taxes. Even if they are unable to pay the full amount, it is important that they file their IRS returns in a timely manner.

Failure-to-file penalty or failure-to-pay may be applied to late filings. The failure-to-file penalty is usually more costly than the failure to pay, so it’s in the taxpayer’s best interests to file promptly and pay as little tax debt as possible. After the tax return has been processed, the taxpayer should call the IRS to resolve tax debt using their many resolution options such as a payment plan or offer in compromise. When the IRS attempts to collect unpaid tax debt, don’t ignore them. Failure to cooperate fully could result in wage garnishment or bank levy, as well as a tax lien being applied against the taxpayer.

What Is The Failure To Pay Penalty?

The IRS will assess a failure to pay a penalty of 1/2 percent of unpaid taxes per month if the taxpayer fails to pay the tax debt for any tax year. This penalty could be up to 25% of unpaid taxes.

There may be many reasons taxpayers are unable to file taxes in order not to pay penalties. It is often too late to file them with the IRS because it has passed too long. It’s quite common for taxpayers to miss filing for one year, and then not file again for several years. After the third or fourth tax return is not filed, excuses won’t be accepted. It is important to address tax issues as soon and as accurately as possible. Also, be prepared for the consequences of missing filings or unpaid tax debts. To effectively argue that they should be removed from the IRS for late filing penalties or failing to pay on time, the taxpayer should know about any reasonable explanations or exceptions to late-filing penalties. IRS penalty abatement relief can be granted to taxpayers who have failed to comply with the rules of “ordinary business care” and “prudence”.

Explanations For The Removal Of Penalties That Are Not Reasonable

The first-time penalty waiver is an alternative to penalties. This waives the need for taxpayers to file returns and pay any fines. A taxpayer could be eligible if they: * Did not have to file a previous return or were not subject to penalties in the three tax years preceding the tax year in question. The taxpayer has either filed all required returns or requested an extension of time to file. * Taxpayer has either paid or arranged for payment of any tax due. The first penalty abatement waiver can only be used for the offense’s first year unless there are reasonable excuses for not filing or paying in time for the second year. For assistance with the whole process, it may prove difficult to handle the IRS on your own. Los Angeles tax attorneys can help you navigate the complex issues surrounding why a taxpayer failed to file or pay their taxes on time. The IRS will give you the best chance of avoiding penalties by having tax attorneys. Tax attorneys will ensure that you get the best chance of penalty abatement with the IRS.

The IRS can be involved in tax disputes, especially if your business is being run or if there have been flags placed on your personal tax returns. Tax Lawyers are experts in Tax law. They keep up to date on taxation law developments so it is possible to manage tax issues and control them. A tax attorney who has experience dealing with the IRS could help you save thousands on your taxes in the future. They can also ensure that you don’t face any new issues or findings.

Our team primarily operates out of Southern California, and the surrounding areas. We are available to help with your tax management with the IRS and can work with any Californian. Some of the main areas we serve include:

We are Southern California’s best tax attorney. Tenina law is a group that has been in business for more than 20 years. We are tax experts and have successfully managed numerous IRS negotiations. No matter if you’re a business owner, or someone looking for immediate help with tax issues, we can help. Penalties and interest will not stop accruing as long as the tax problem isn’t resolved. Our team can help you get the tax assistance that you need quickly. Our team is open and transparent, so you will get the right information to solve your tax problems. We want you to be able to quickly and efficiently get the answers that you need to resolve your tax problems.

The Services Provided By Tenina Law

So if you are looking for a “tax attorney near me”, Contact us today to learn more about working alongside a tax attorney in Orange County, Sherman Oaks, or one of the many Southern California cities we provide service for.

Personal Injury Protection in California: What You Need to Know

When to File Bankruptcy: Knowing the Right Time 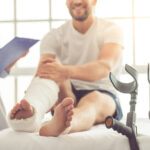 Personal Injury Protection in California: What You Need to Know
January 30, 2023admin 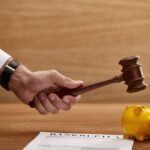 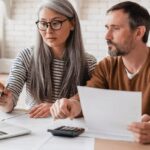 When to File Bankruptcy: Knowing the Right Time
January 16, 2023admin